We continue having an exciting summer camp with activities conducted in an indoor, air-conditioned court, for the next coming weeks until 31-August, at KUWAIT’S BEST SPORT ACADEMY in association with Celtic FC, Glasgow Scotland. Have loads of fun today everyone, places are available and registrations can be done on the day from 5pm onwards – prior to sessions starting at 6pm. Good Luck and Enjoy! 🍀⚽🏐🏀🇰🇼🥇🎊

Our P.S.A. Summer Camp for boys and girls (ages 4-16 years) runs from Sunday’s-Thursday’s 6-7.15 PM at Bayan. You can register for between one and five days per week.

We have been given permission to re commence our activities at Bayan and can’t wait to see everyone again after such a long and difficult absence.

Our coaching course and Centre of Excellence program begins on Saturday 6th November. Course one schedule is attached. See you Soon!

We always comply fully with Ministry directives. We use Ministry of Education facilities and as such have been instructed that our activities cannot take place – as is the case with ALL sporting activities held at MOE facilities.

We are awaiting permission from the Ministry of Education to resume our program at Bayan. We fully appreciate the frustration and disappointment experienced and thank you for your patience and understanding.
Be assured that we will resume our activities at Bayan just as soon as it is legally possible to do so.

KUWAIT: The Premier Sport Academy in association with Celtic F.C. and under the sponsorship of Porsche Centre Kuwait, Behbehani Motors Company, held their Annual Presentation Evening for the Season 2018-19 in the Sports Hall at their Bayan Academy this week.

Over 500 players and guests attended the celebratory gathering, with more than 250 prestigious awards presented to players, coaches and sponsors at the end of a tremendously successful season of training courses, matches, festivals, tournaments and special events.

Over 200 football, volleyball and basketball players, aged from 6 to 18 years, were present to receive their end of season trophies, having demonstrated an abundance of hard work, dedication, commitment, high standards of performance and conduct over the course of the season. The Girls football squad and Goalkeeping course members were also present to receive their awards, along with some wonderful gifts from the awards sponsors, Porsche Centre Kuwait, Behbehani Motors Company.

Kuwait National Freestyle Champion Karam Ngage along with Shamlan Mohammad entertained the audience with an amazing display of football skills and artistry during half-time and there were several lucky winners in the prize draw with the Grand Prize from Porsche going to Diego Moreno, a member of the P.S.A. Celtic Under 15 team.

Academy Director Mike Finn hosted the proceedings and along with Executive Director Baker Al-Nazer, thanked the coaching and administration team, sponsors and supporters for all their assistance in making the season such an enjoyable and successful one for everyone involved with the P.S.A. Everyone then gathered for refreshments and more photos with their coaches at the end of a thoroughly enjoyable evening.

Further details of the Premier Sport Academy in association with Everton F.C., including Ramadan and Summer Camp Programs, can be found on www.PSA-kuwait.com
FB & Instagram @psaq8

Darryn led coaching sessions for P.S.A. players over four days in addition to working with the coaching groups and Centre of Excellence teams. The players were all excited to learn new Celtic turns and “tricks of the trade” as well as gaining an insight and some background information on some of Celtic’s former star players.

Darryn also delivered some professional development for the P.S.A. coaching team. All the players were presented with certificates on completion of the Soccer Camp. 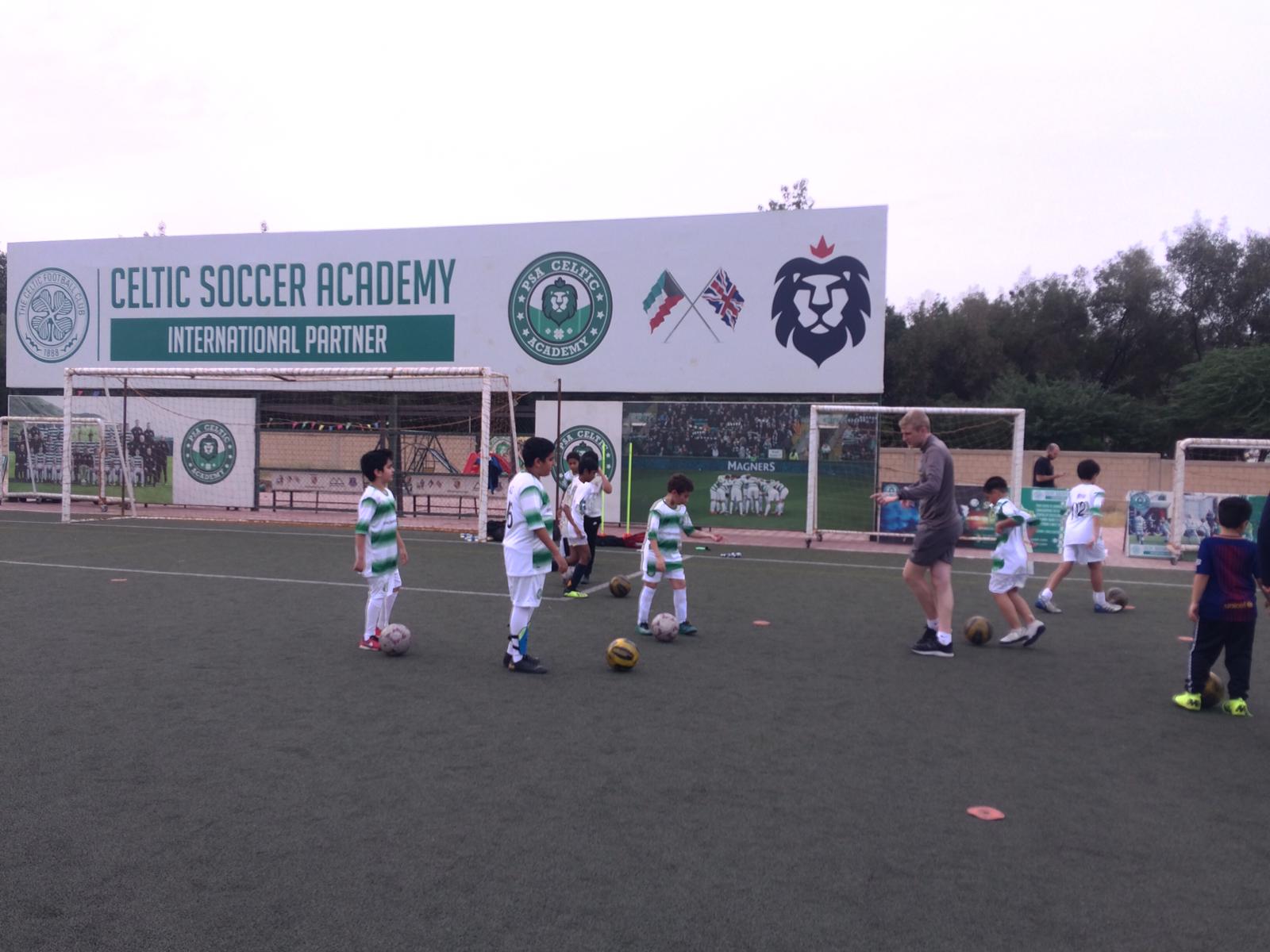 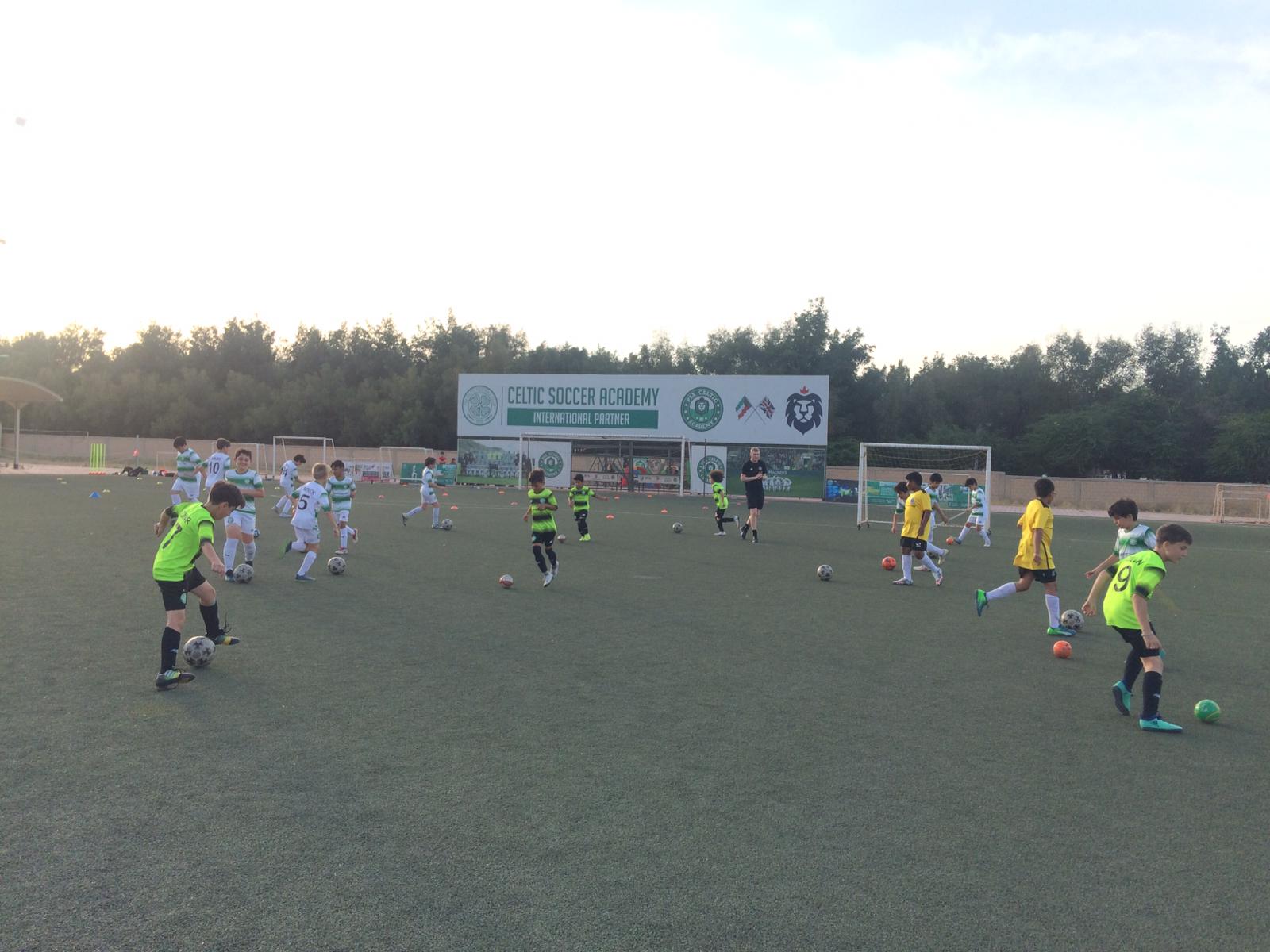 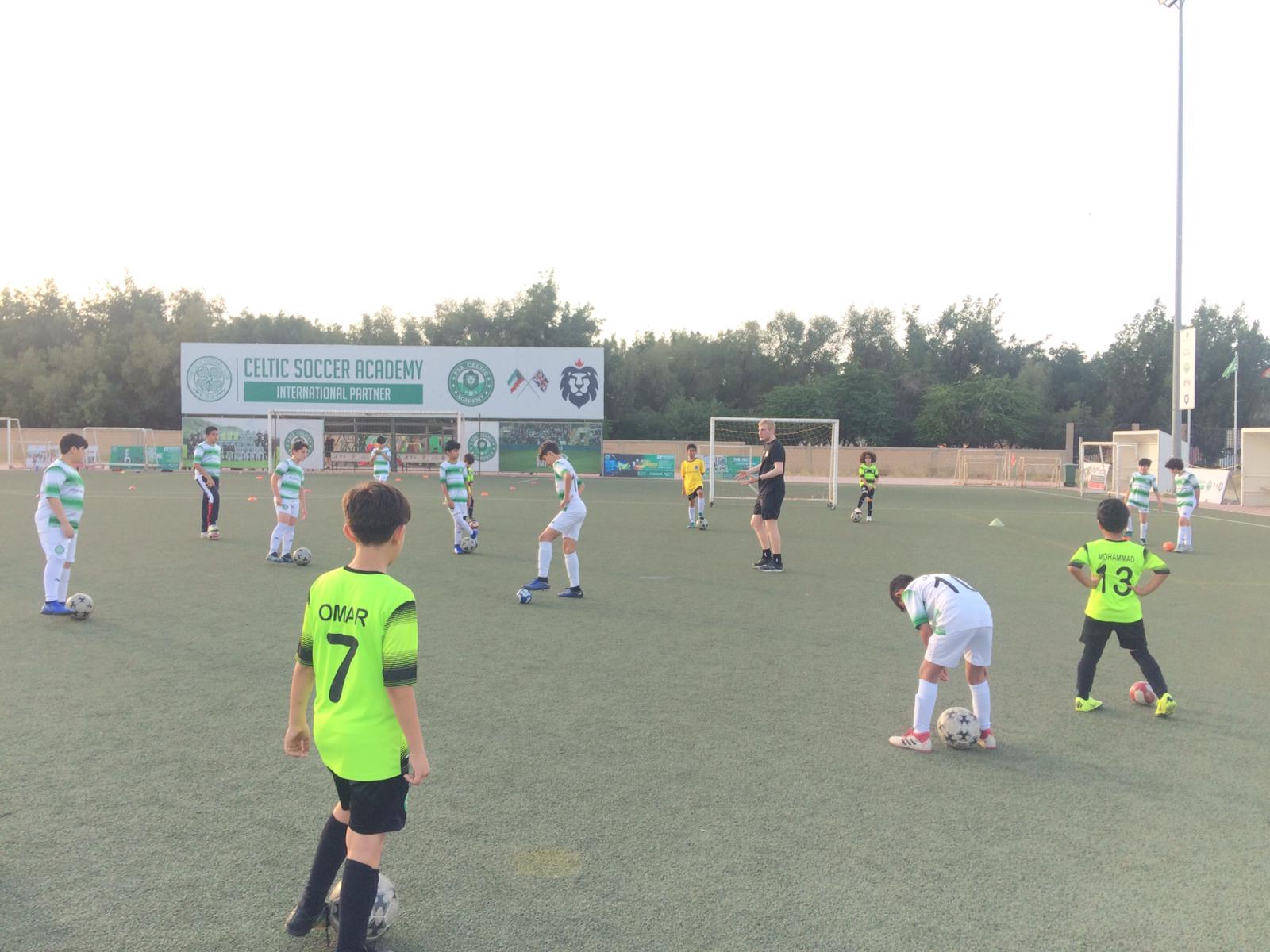 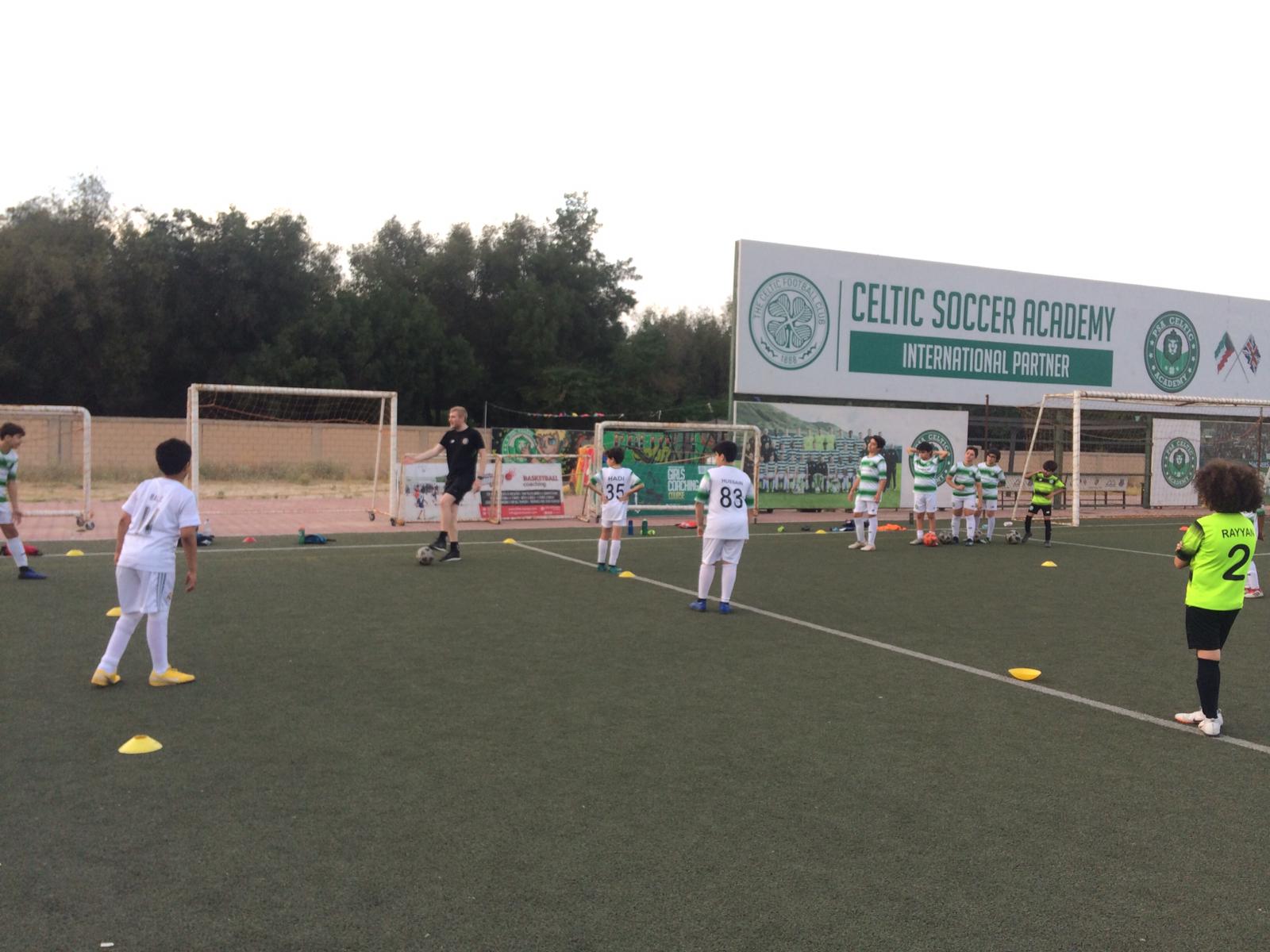 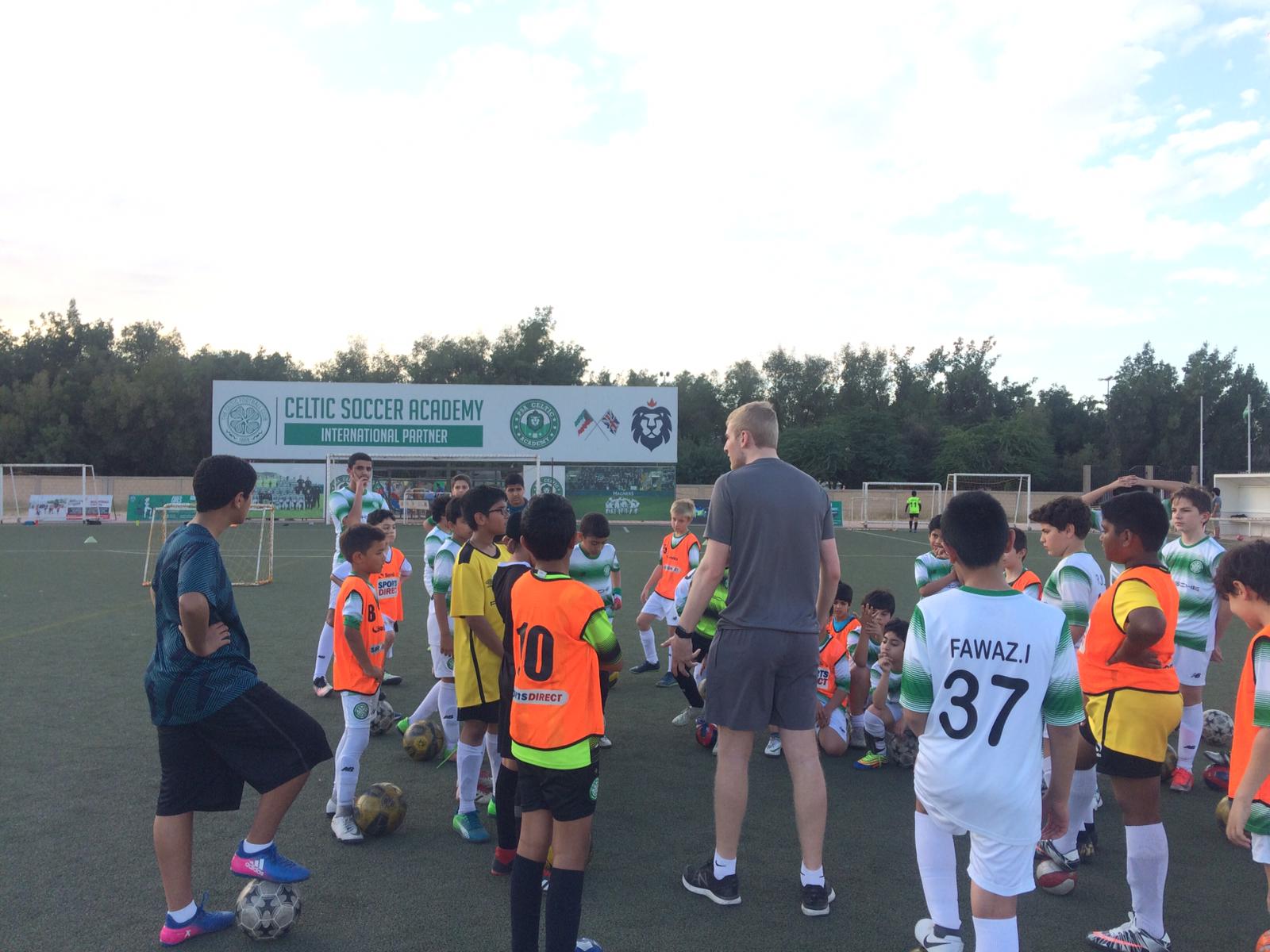 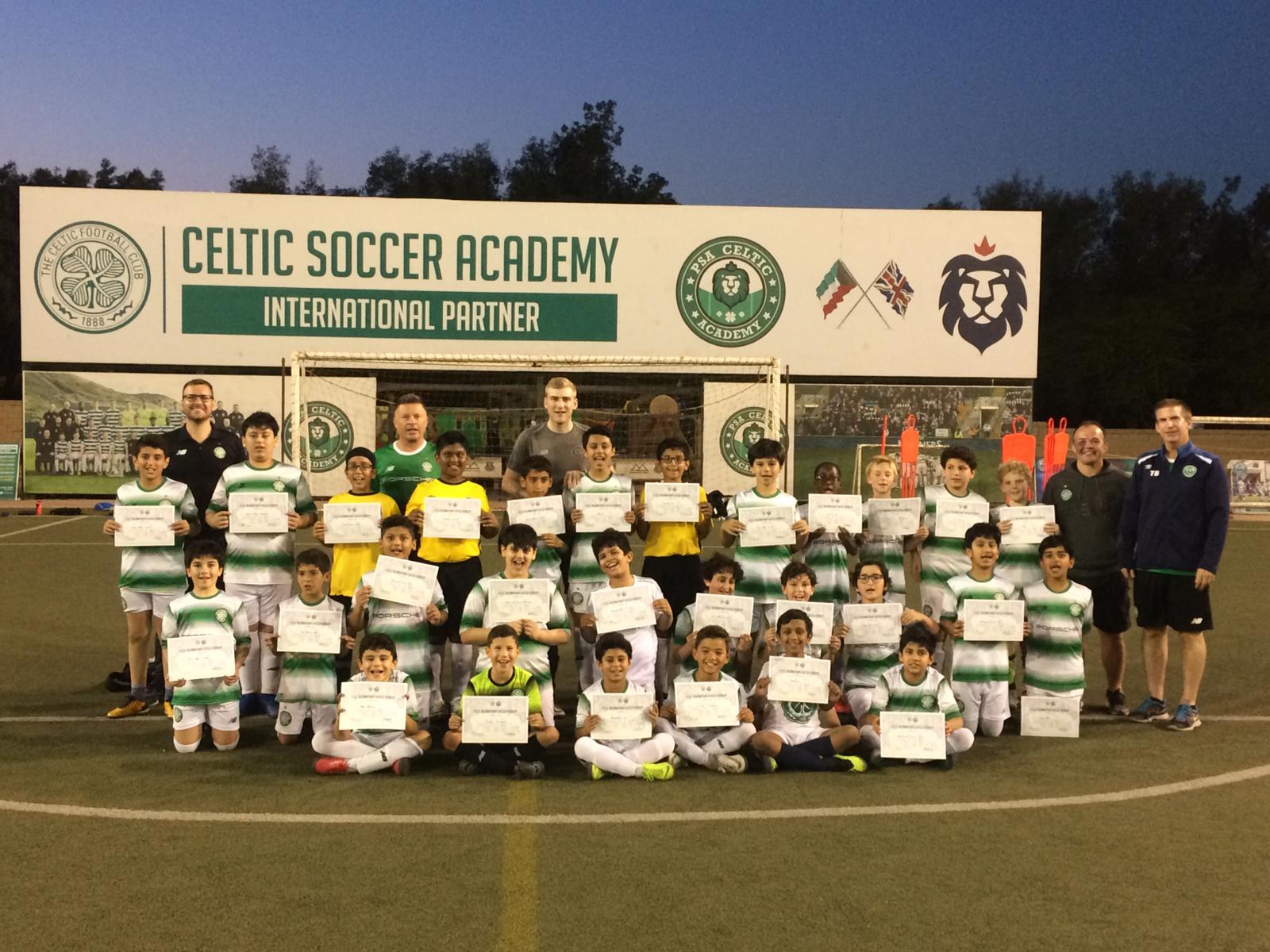 The convention provided a unique insight into the coaching program at a top European Champions League club, with opportunities to observe Academy coaching sessions at all age levels, attend lectures and presentations and meet coaches from around the world.

Lots of excellent advice, information and top tips were available to bring back to Kuwait to be implemented in the P.S.A. coaching program. P.S.A. Coaches are regularly involved in professional development with Celtic F.C. in order to ensure the latest methodologies and developments at the cutting edge of the game are available to our players. 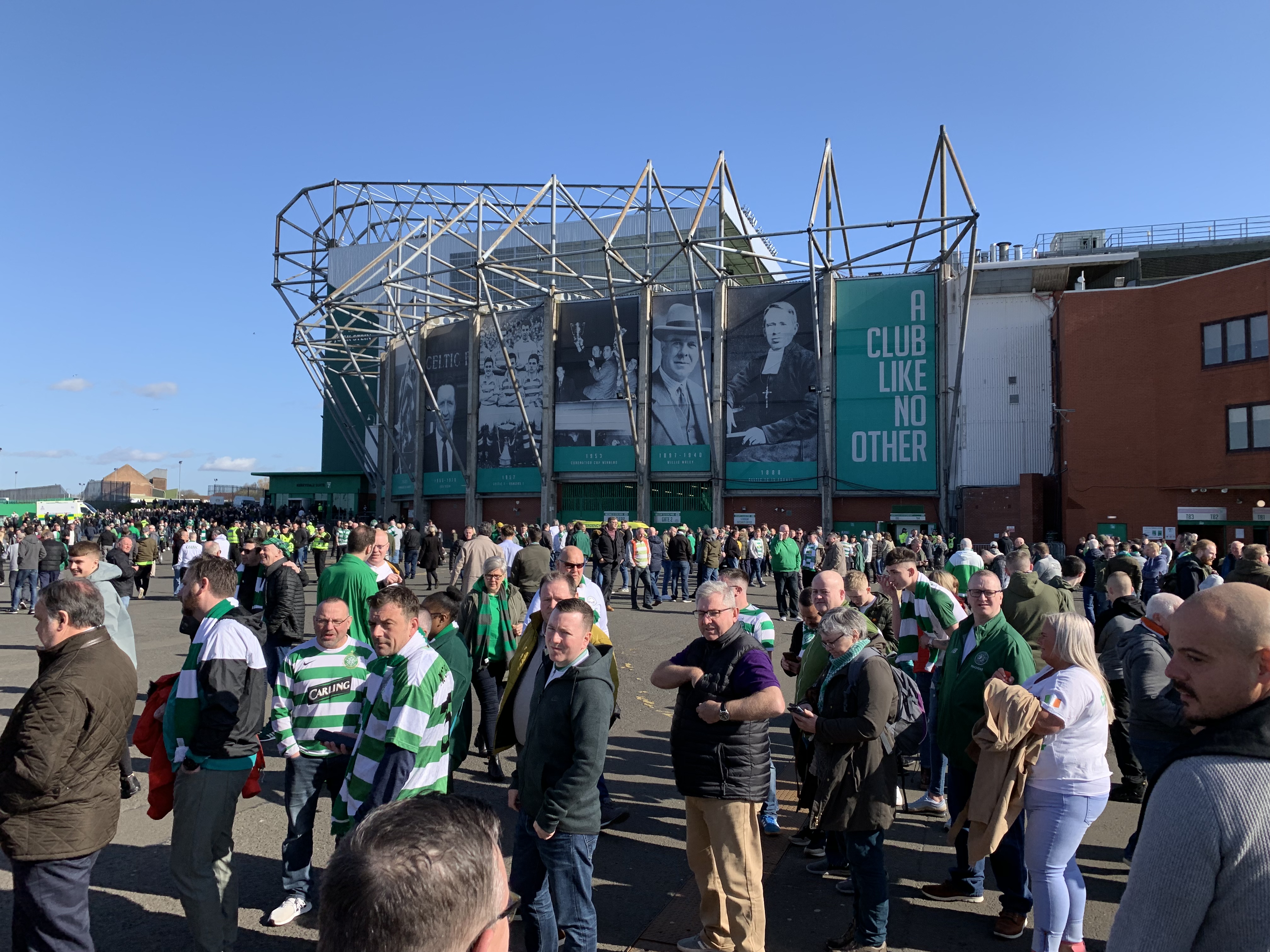 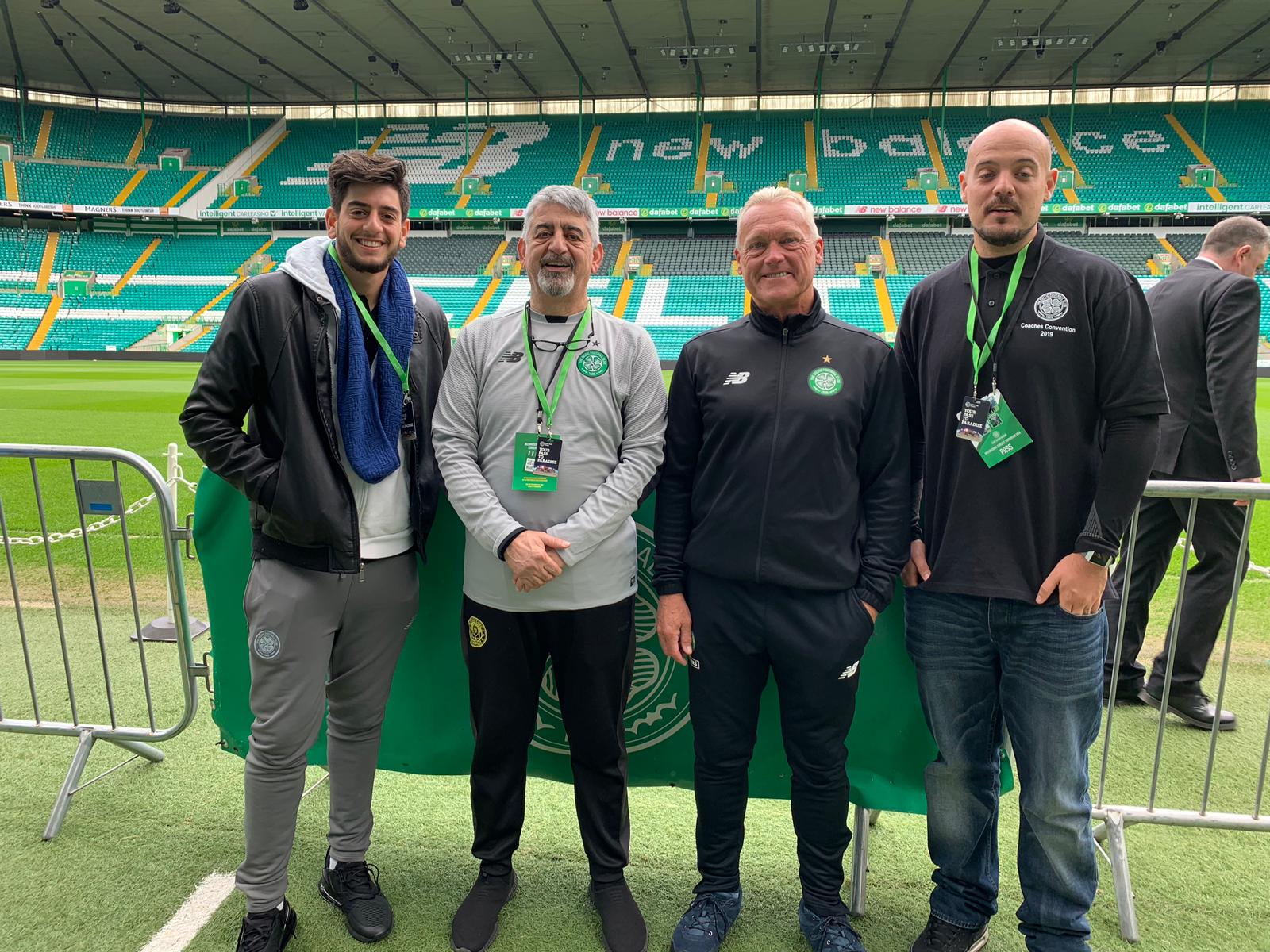 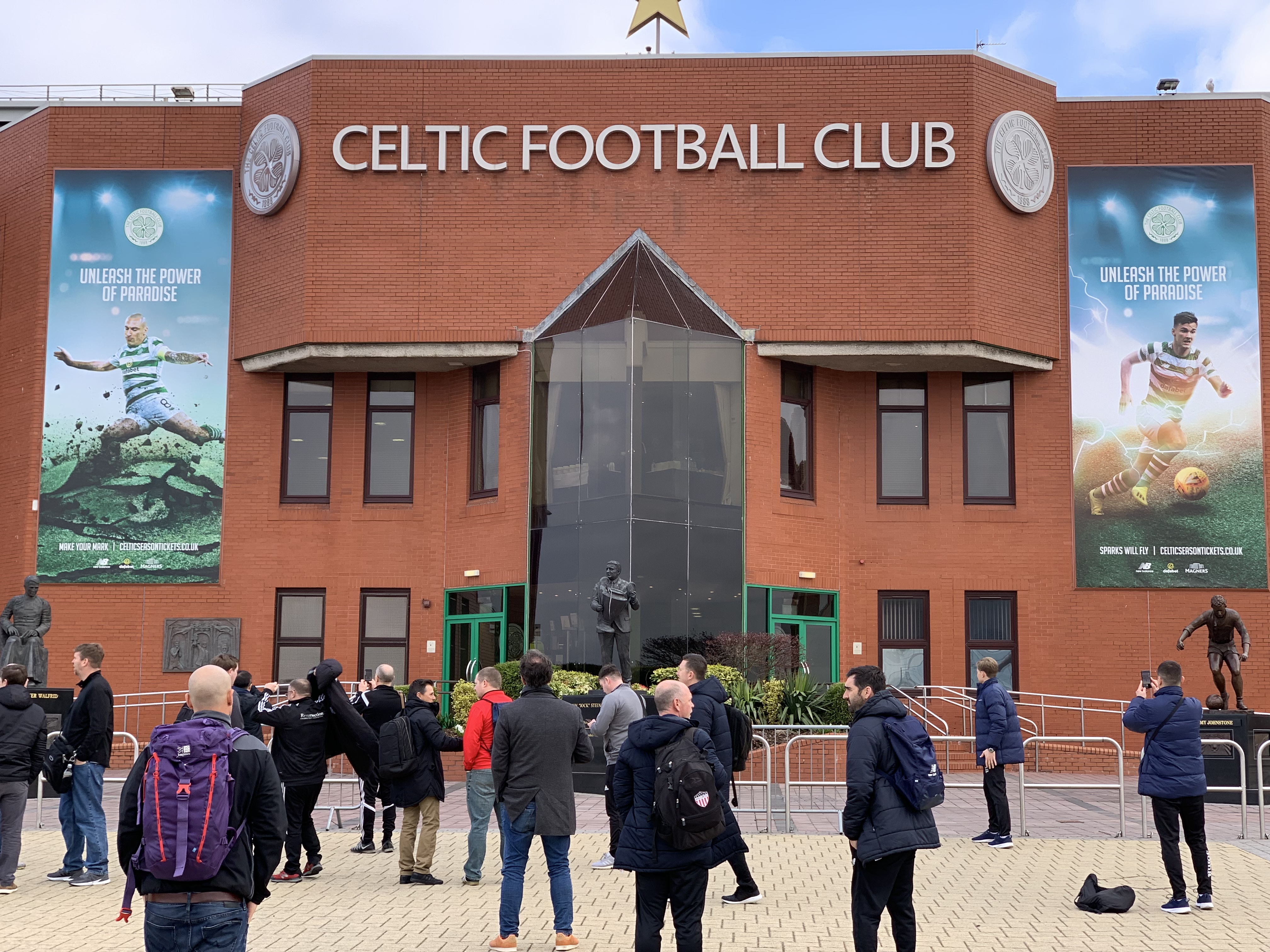 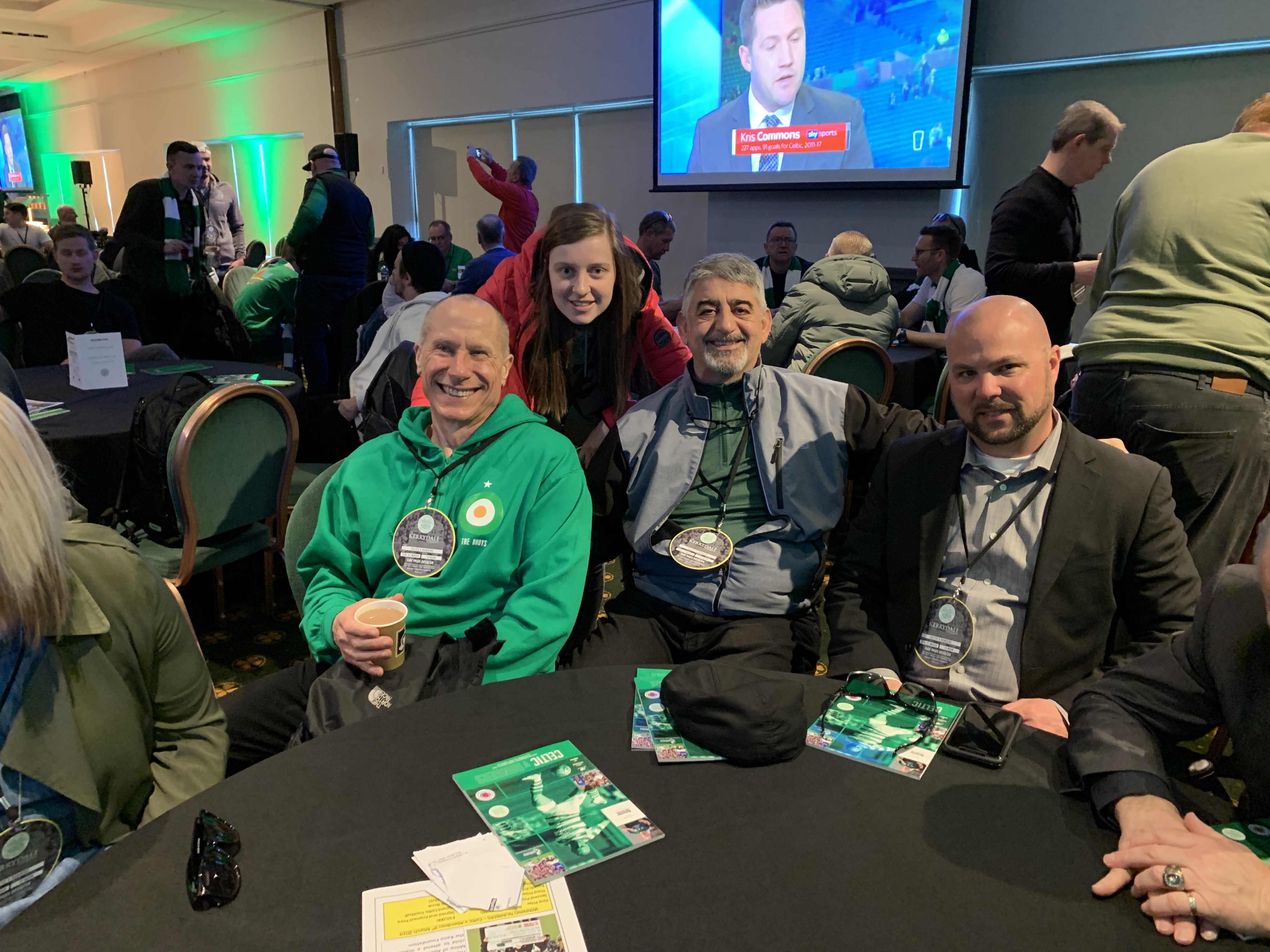 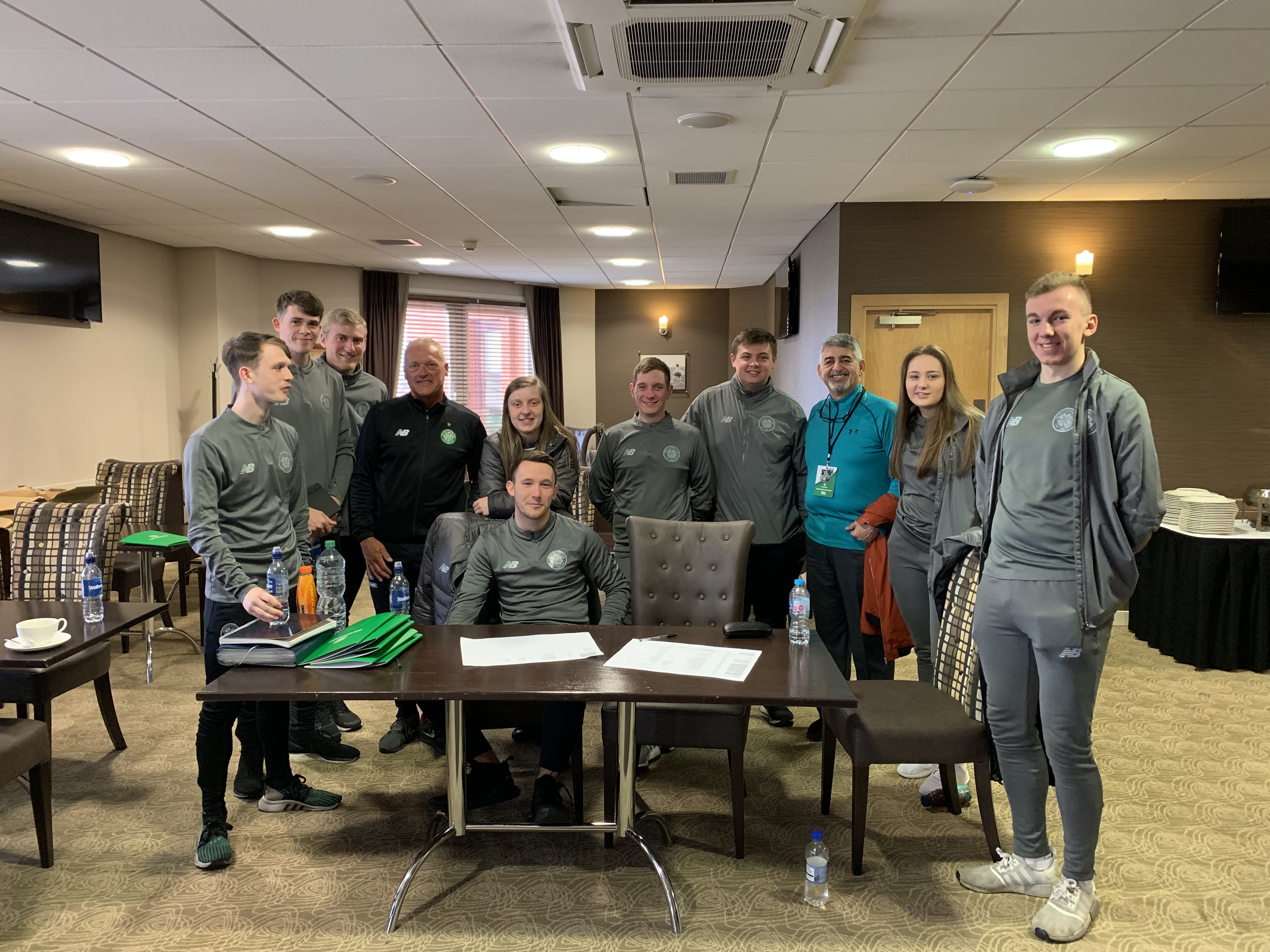